The fact that conspiracy theories have been gaining more and more traction is equally obvious as the COVID was main topic of 2020. Actually, those two topics have been reigniting each other heavily (with peek for me being internet discussion suggesting that new COVID vaccine will be administered through 5G towers and they need to be destroyed).

As if consequences of these gibberish non-sense itself were not troubling enough, there is another dangerous trend to spot. The ever-increasing heat of info-war is now potentially to marry other mega trend into explosive and deadly mixture. 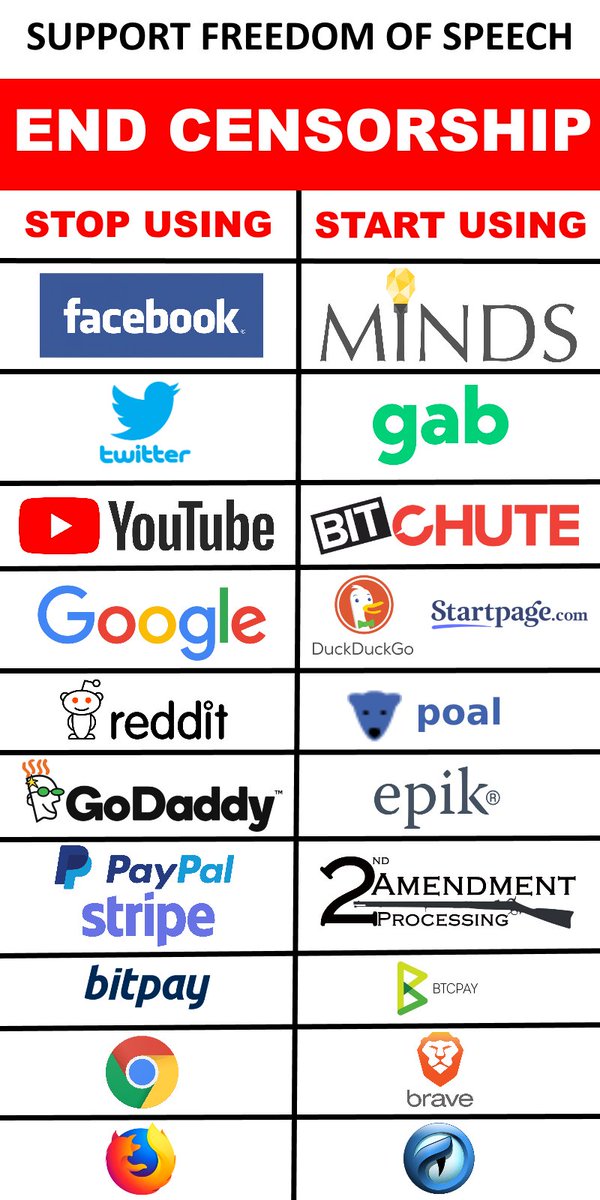 You may or may not have come across the term Alt-tech. Sparing you with too much of the details, Alternative-Tech scene (or Alt-tech) is movement that tries to create alternatives to digital Goliaths of Google and Facebook type. The underlying motivation behind building alternatives to digital mega services is to “bring back freedom to internet” (read as addressing whatever injustice the big players had done to internet life in their rise to dominance). Free speech and anit-censorship is most often cited propeller of the movement. The argument goes that you can’t really access if Google search is returning the right thing if there is no real alternative to, ehm do you hear me saying, “googling” first place.  One of the typical “comparing banners” is attached here:

[Disclaimer: Author if this blog does not subscribe to Alt-tech movement, this article is just to point out its mere existence]

The dangerous part of the story is that Alt-tech can serve as refuge for the conspiracy and fake news scene. While it is – by design – less (or not at all) regulated, with everybody pretending rom mind his/her own business. It is also less prone on protecting the identity of its users (= we might not even know who is really behind that content). And that feels exactly as environment suited for conspiracy movements. No matter that some of the pro-Trumpian, anti-vaccination, 5G-abolition or COVID-denial groups started to self-organize in this media. With less oversight these messages mushroom faster than in (to some extent) fact checking main steam. As a result, alt-tech is both likely to get poisoned by conspiracies and give enough oxygen for their social media fires. Admittedly, a bit scary dot at the end of our 2021 trends overview.