Most of the scientists, dealing with robotizing of human labor, say that people who cannot work with Artificial Intelligence (AI) will not be replaced by AI alone, but by people who can understand AI. So learning at least the bare basics of artificial intelligence will be very important factor for survival in the labor market. But how to get to AI?

Maybe try Finnish prison to get AI know-how? No, this is not a joke. Although, I will of course not encourage you to commit crime. The reason, why I mention the Finnish prison, is the unique AI program that the Finnish government has decided to introduce.

We have already talked here at TheMightyData about Finland’s attempt to become a tiger in artificial intelligence. We also mentioned, how they strive to train 1% of the population for Artificial Intelligence, so that these people would form a backbone to develop this topic across the state. Finland has rightly understood that a country will not be able to broadly implement AI tools, if the only persons familiar with AI are the academic circles clustered in university hubs or research centers. Artificial intelligence will – for example – never prevail in the dentist industry, if the nature of AI is not known to dentists themselves. Therefore, the Finnish Government intensively designs programs to make artificial intelligence as wide-spread as possible for the population. 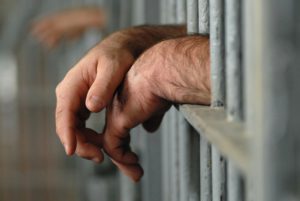 And so the prisons came to focus as well. The Artificial Intelligence Instruction Program, developed by the University of Helsinki, has become an official re-qualification program for prisoners since May 2019 to improve their labor market chances after end of their sentence. Prison in Turku, south of Finland, has indeed purchased computers and tablets from a government grant and real AI lessons have been already launched in there. That it is not a pseudo (or pretended) attempt is confirmed by the fact that for AI course exercises the prison had to allow access (white-list) set  of websites from which the course grabs needed data sets. Completion of the course ends with an official certificate for inmate. The University of Helsinki even committed to grant convicts credits for the passed courses, so that they can study the full science degree after being released from the prison. The program, running in Turku since May 2019, will be now extended to 3 more prisons in the country as of this month.

For the sake of fairness, for Finnish prisons, this project is not the first contact with artificial intelligence. Prisons in Turku and Helsinki have already introduced an interesting type of work for prisoners. For the training of artificial intelligence models, so-called annotated examples are important. (if you haven’t heard of them, try to read THIS). However, these are difficult to obtain, because the annotation (to a large extent) still has to be done by a person and it is often quite unrelenting, repetitive work. Who in society will not rebel against such monotonous work? Yes, the prisoners are those who can’t choose their job that much. Prisons have thus taken up the idea that prisoners could just annotate large numbers of data files and this way speed up the development of AI models.

How to do Artificial Intelligence in Slovakia

The drafting of a Strategy on how to introduce the elements of artificial intelligence into the business of the society is the cause of almost every developed country in the world. 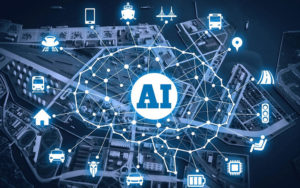 Some are more original and aggressive (like Finland), some countries are content only to copy the US, China or Japan. Slovakia is now also in this creation process and since I am honored to be part of it, here you can read what discussions on this topic were held in the team preparing this Slovak AI strategy.

Therefore, if you’ve met Artificial Intelligence so far, just “from safe distance”, you don’t want to be imprisoned in Finland but want to be clear at least about the basics, I suggest reading some book on how they work. If AI raises some (Terminator) like concerns, here is the good take on how we humans should train the robots. You maybe also be interested in how to Safely train better robots for future. Or write me any question you have on this topic at info@mocnedata.sk and I will try to either answer you directly or point you to the source of the information.