DO YOU WANT ALTERNATIVE to GOOGLE JOBS? TRY … – THE MIGHTY DATA

If one is serious about his career as a data analyst, (s)he naturally becomes attracted to the idea of working for one of the industries with fastest data growth. After all, that’s where the cake of the future is ‘baked’. That is exactly the reason why Telecom companies and banks were ‘magnetic’ in the 1990s, E-commerce after 2000 and social media mainly in the last decade. But do you know what is already “in the oven” for the next period?

Many might say that Google must be the best place for a “data analyst” to go wild with . After all, hand on Bible, what does Google not know about us? Well, you might be surprised that if we take individual Google services one by one, there are companies that have far more data than these single Google products. Are you shaking your head in disbelief? Maybe time to correct your opinion.

If you want to guess on your own which industry we are talking about, here are two more hints for you: 1) Group activities always generate more data than individually created content; 2) Motion data (e.g. video) provides much more variables to analyze than still images, audio tracks, or plain text data. If you dare to guess what the industry it is, then stop reading here for a while (the next paragraph reveals the correct answer). The rest of us, we are jumping straight into it.

reaches 8.5 million of players from all around the Globe. As it is a multi-player game, its creators (EpicGames studio) must carefully store what each player has done, as the interactions of the players are what determines if your character has survived or you are dead (and hence out of the game). In Fortnite (under the guise of the incoming cataclysmic storm), the game space is constantly shrinking, inevitably leading to clashes of the individual characters (of players), confirming that Darwin was not mistaken, after all.

The very need to document the movement of all the characters and their mutual interactions makes the game an unusual data fire hose. Imagine this as (data encoding of) videos of 8.5 million simultaneously moving people in different locations. Fascinating, isn’t it? According to Amazon Web Services (AWS), who manage data storage for this game, the data volume reaches ranks of 95 PetaBytes (and still continues to grow). That is volume comparable to the complete Google Index for searching among all available Internet pages. Would you think the game may be bigger than Google? Yes, search is just one of Google’s services, but Fortnite is just one in tens of thousands of digital games as well. (Though admittedly, the biggest now)

OOnline games are really phenomenal. In the United States alone, gaming industry revenue grew at an impressive 18% per year in 2018 (based on data from Entertainment Software Association). With this growth, the gaming industry is one of the fastest growing industries at all and it employs more than 200,000 people in the US alone. How can this industry move forward so quickly?

For several decades, the gaming industry has behaved similarly to film studios. A large number of mutually (indirectly) competing film teams have brought hundreds of films to market each year with hope that some of them will turn into hits. Most films barely earned back production costs (and actors’ pay). But a few of them became bull-eye-hit, earning hundreds of millions of dollars and covering for money black holes of “shabby movies.” Yes, even game studios have produced hundreds to thousands games (of different genres) year after year. And then they prayed that the games would find their sufficient audiences. The gaming industry back then was reliant on ups and downs, their economic results resembling rather a roller-coaster than the steady growth pattern of today. So how is it possible that it has been showing long-term growth, moreover economically so outstanding growth, lately?

The data are the essential ingredient added that has brought strong winds of change. Nowadays, computer games are designed today to keep manufacturers aware of which parts of the game were attractive or boring to users, (to resignation point) difficult or unbearably light, on contrary. By systematically tracking player preferences, developers have learned to calibrate the story in game to glue players to the screens for as long as possible. This increased the overall size player audience. Praying for hits has turned into factory of successfully targeted games. This phenomenon bulldozered the “hills and valleys” in the success curve of game studios. (Well, at least those valleys, hills like Fortnite pop-up still here and there). However, this was not the only data effect in the gaming industry. In fact, the data has brought for the industry two (even more important) trump cards.

The original business model tried to collect the entire monetary value of the game from a potential player already upon buying the game first place. However, this is as if you had to pay for the house without going through it in detail or without spending some nights in it. This approach encouraged software piracy, as all you needed to have game at disposal for rest of life, was to get to the cracked version of it. (Imagine that the house and the land would become yours for life-time only by having a fake copy of the door-key produced by nearest locksmith. Many people would not resist this mounting temptation. And so it was with the games, as well).

With the data on how players progress in each part of the game collected, game studios we enabled to place “paid shortcuts” in parts of the story where many players got stuck. For a few euros, the game offered you hints, missing resources to build, or an object/skill for your avatar. Suddenly, the game monetization tables turned swiftly around, looking at problem from other side: Now, it was in the interest of the player himself to purchase this paid help. As if you wanted to install a climate in your house before summer. You surely will survive without it, but it will cost you more effort in middle of the hot summer. And you can no longer enchant air conditioning unit into your house with a fake key (you entered the house first place), you have to properly order its installation and paid for it. This second data effect has proved to be much more important than originally thought as gathered stats show that 43% of all gaming revenues on mobile and tablet platforms are generated from in-game purchases and extensions.

The third trump that data brought to the gaming industry lays in creation and testing of new game content. Having a successful game like Angry Birds, or any of those huge hits, sounds like a blessing. Millions of people play the thing you programmed once back then, and your account literally beeps with new and new money flowing in. 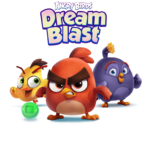 But this rosy it looks only if you are the business owner. A less optimistic shade surfaces for you if you are a developer charged with task to program the very game. According to the data published at the conference NOAH LONDON 2019, huge demans of players of new Andry Birds Dream Blast game requires that the company has to create 40 brand new game levels each week. If you don’t scowl on the this tempo yet, I’ll try to put it into context: The average working week is 5 x 8 = 40 working hours. Hence, the developers team of this game must devise, program, test and deploy a new level every working hour. Every single one! Surely, you can have an army of programmers working in parallel to catch up and program a new level of play in below hour. But how can you thoroughly test a game level within a given hour interval when a single run of play may require a few minutes itself? Even with battalion of 100 testers, after the development of the level itself, they would be able to play it in remaining time of hour perhaps 500-600 times at max. And that is too little for company to understand how millions of different users will rate the game. So the role of data comes in here again.

Because gaming studios have huge stacks of game (and other similar games) historic data, they can profile typical player profiles that are represented throughout the game’s enclave. (Some people play just to complete level, somebody is not satisfied until they reach highest score, yet another do not aim at ending the level at all, they just enjoy various funny failed attempts at puzzle’s solutions …) The studio trains a neural network (using reinforcing learning) that simulates playing every distinct gamer type. Subsequently, in the cloud environment (like AWS), many copies of virtual players (thousands for each type of them) are created and they are handed over the newly designed game level for play. This will leave the company with a large footage of feedback on proposed new level’s perception. More importantly, such digital data testing is starkly scalable, since you are not limited by how many different player types you have or how many different levels you have created to test today.

So, how about you?

This closes the sequence of 3 major data effects on the gaming industry into a strongly expanding spiral. It does not matter whether you prefer to run data players analytics, to investigate individual game components, you are more fascinated by looking for suitable traps of in-app purchases, or simply enjoy to seek constructs of new game levels. There are certainly many interesting analytical opportunities in the gaming industry. Thus, if you work in one of the already boring sectors (banks, utilities, insurance companies, …), it may be time to look around the gaming sector. And you don’t even have to pack your suitcases, small countries like Slovakia solely host more than 20 game studios and even these small markets launch north of 70 new game titles per year. Companies like PIXEL FEDERATION has built strong enough reputation to stand competition with world top players. If you dare to move abroad the options are almost endless. So, how about you? Do you want to get into play with Gaming data or do you still want to head for Google job?