WILL CORONAvirus KILL MY WORK (or business) ? – THE MIGHTY DATA

I have devoted quite a few blogs to the topic of COVID-19 and its impact on our lives, especially in the community of my mother tongue. To read some through Google Translate, go reading here. However, the topic I want to talk about today has its implications in many countries around the world, so I decided to compiled this post into the English version as well. In the next lines, I would like to find together the answer to question if Corona virus WILL KILL YOUR WORK (or business).

Not every bankruptcy is the same … 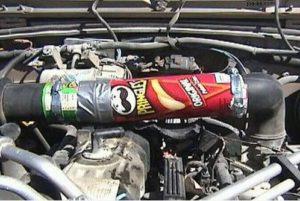 Let me make one important point before describing the sectors that will receive the worst ‘slap on their face’ during this epidemic. Many people may (and will) lose their jobs during this crisis. Possibly, even in companies from industries  completely different to ones I mention in this article. However, this is due to the fact that any (economic) crisis is also a sieve through which companies, built only for good times, do not make it to swim through.  As my boss typically said: “When the tide recedes, we can see who had a swimsuit and who was swimming naked.” Running long-run business on low margin can work in all-is-booming times. In economy shocks like now, this will, literally, break your neck. After all, to withstand two-month sales shortfall means to have a reserve of merely 15%. So let me ask a slightly cheeky question: “How responsibly does the management lead the company if it does not have a “pillow” (or the possibility to bridge revenues with a short-term loan) for at least the given 10-15% of Sales?” Thus, yes, anyone can go bust within a crisis. However, in the following paragraphs, I would like to address those cases who are  even not to be blames. In other words, those who might end up in sorrow corner (almost) no matter what they choose to do differently. The club of, sadly, innocent but in deep s….. (struggle :). 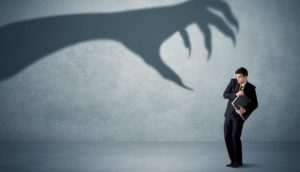 As you will read on in a moment, there are certain commonalities among the individual “victims” of the COVID-19 crisis. However, in order for our discussion to have a proper turn, let’s depict a few concrete examples:

It should come as no surprise that in the very beginning of the lists of “convicted” sectors, there are activities that require/assume presence of a large number of people. Like any team sports that cannot even happen. Zero matches = zero sportsmen revenue and it doesn’t even matter how they were collecting (admission, TV rights, …) reward for their content. The film industry is in a similar situation. The shooting of big blockbusters is incompatible with social isolation. Another imaginary nail is hammered into the industry’s chest: even if film studios found a way to produce their content, significant part of their sales are through cinemas that do not open either. Let’s not forget, that mentioning Cinemas, we represent, of course, also Concert and Event Agencies, Music Festivals, Theaters (and all those businesses renting halls and apparatus or serving catering for the events). In fact, Conference Tourism sits just inch away on the very same shelf. Not exactly the same, although remarkably similar, is the situation in gastronomy. Cafes, Restaurants, bars and discos, they all run on crowds. And on we could go staggering from one economy area to another. However, let’s stop calling shots into the dark, let’s give this overview a bit of the frame (not to leave mistakenly some important verticals out of list).

Where does it blow from … 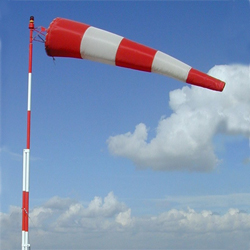 As I have already indicated, the destruction brought by COVID-19 is led by certain common features. The first one is represented by what the direct consequences of this epidemic are. As we described in the Epidemiology Crash Course [Slovak language only], a key factor in the epidemic (and its suppression) is the reduction in people encounters. Therefore, all industries whose 1] product itself consists of gathering people (eg playing of the philharmonic or a football match) or can only be produced by amassing people (e.g. production of a feature film, transporting in public transport or eating in a restaurant) are therefore automatically in “off-side”. There is no form of product replacement or hurdles bridging for these sectors. Pure bleeding.

For similar reasons, albeit in a completely different way, the sectors that 2] need a household for their performance are also affected. It is probably difficult to invite a painter or parquet worker when you are sitting as a quarantined family at home to avoid contact with people. The fact that flats and houses have become our sanctuaries against Corona-virus also means that they are inaccessible to various crafts, upgrades or reconstructions. There is also no alternative way to do these jobs, because the painter, ehm, somehow can’t work from home. At the same time, an interesting sub-branch of this second principle are real estate agencies, moving services and subleases. In the apartment where the tenants live in the quarantine, there will hardly be any flat seeings . Also, at this point time, no one voluntarily decides to move. Hence, the flat rental market (and their brokerage) also likely went almost to full freeze.

Here comes the third group of jobs, which may not need to gather a high number of people at the same place at same point in time, but 3] must be performed in the form of human-to-human encounters and has a high number of daily repetitions. As a result the product/service supplier of acts as the risk element while being “a connecting bridge” for a high number of different people meetings per day. This set includes hairdressers, taxi drivers, cafes, but also hotels, financial intermediaries or advisers, but also post offices and public market stalls. In this very group, complete income bleeding can be (to some extent) prevented by changing the business model to “take-away” or  via video forms, or through combination of daily frequency reduction and simultaneous high protection with masks, disinfectants and other protective measures.

We danced all the hall-way to a group that is not primarily affected by the epidemic itself, but they build their 4] business model on people’s (daily) rituals. For example, the daily press sells its editions to people who go to work (either office subscription or sold in news stall on the way to work). Remember this point when you will read in later paragraph about factor B], because out of the printed periodicals, magazines are significantly worse than dailies, as only few weekly magazines have their own web versions (in Central Europe). Similarly, there are restaurants living only out of lunch menus. Finally, this group also includes travel agencies (and our recreation habits).

We are approaching the end of the list with the so-called 5] non-essential goods, i.e. things that you do not need immediately and therefore endure a delay of a week. This includes the purchase of new shoes or carpets, a visit to the escape room, as well as corporate bowling and other forms of physical team-building.

At last, there is one completely inconspicuous (but it will quite numerous) group. The companies that (especially close to borders) 6] have suppliers (or customers) abroad and due to restrictions on movement they either do not receive goods (food store that has the nearest larger city closer in neighboring state rather in own state) or to whom customers will not have means to travel (e.g., the legendary Polish or Austrian markets).

As is often happens in our world, nothing is black and white and (similarly to certain sex story) it is rather many shades of gray. Hence, individual sectors can improve or worsen their starting position with a set of mitigating or, on the contrary, aggravating circumstances. No matter how pathetic it sounds: After all, everyone has it partially in their hands. At least a bit.

One of the most important mitigating factor is option A] of the contact-less form of the business. For restaurants, the second leg resides in a delivery service. For pharmacies, it is the sale “through night” windows, or the food delivery service from large chains. A higher form of risk distribution is the over-distance form of business, which includes the transition to an e-shop in the case of physical products (remember the weekly magazines?) or the transition to video-meetings in the case of services. This will also show the flexibiliy of businesses to fight own fate. Basic video conferences are currently completely free around the world (see for example blizz or zoom). The e-shop can also be used for any physical goods and there are several “turnkey” solutions (eg Shoptet), as well as instruction blogs on how to start an e-shop. The last mitigating lever is the existence of the C] subscription model implemented in business. As I wrote in a previous episode, this is best explained on difference between a gym and a restaurant. Both will be yawning with empty rooms these weeks, but gym will probably survive thanks to its membership subscription model. Sadly, most restaurants do not have some form of subscription in place.

On the other side of the sun, there are circumstances that, in turn, hammer even more nails into the coffin of given business. Perhaps the most important is the Z] transience of consumption. In practice, even if the restaurant manages to survive two months (for example with a loan), when it opens, it does not have a chance to catch up with clients’ “missed” purchases (if it did not run on too low of the level before the crisis). No one will have 3 steaks for same lunch in June because they missed them in March through May. A similar problem, but on the other hand, is the Y] transience of capacity. If the painter needs 1 day to paint the apartment, even if he has more orders after the quarantine, he still has the same 24 hours, so he cannot paint 3 apartments on the same day to make up for the loss of previous months. The X] position of intermediary also plays a special role in aggravating circumstances. If you are a real estate broker, then your risk is doubled, because you are also in danger of unavailability of apartments for rent and at the same time of lack of interest of potential tenants (for example, due to loss of income).

So how do you assess your chances in midst of the Corona crisis? Well, for you to find out, first go through points 1] to 6]. Select those, that apply to you. If you happen to meet more of them simutlaneousy, honestly, I probably wouldn’t volunteer to step in your shoes. After that see if you can alleviate your burden with applying mitigation of any of A] to C] points. Be careful, even if you didn’t have any ot them before the crisis, it’s still time to seize the opportunity now. Including planning point the C], which often companies so badly underestimate. If you write to loyal clients and ask them to “subscribe to future consumption” or some form of symbolic purchases for which they will not receive (full value) the goods (s), you will be surprised that there are those who understand your situation and are happy to help.

At last, it is tome to scan the aggravating circumstances of X] to Z] of your job/business, too. Not so much as to mourn your situation, but so that you can choose the right plan to emerge from the crisis. Because the world will not be the same as before the crisis, when we gradually emerge from it. On how to grab life by the brighter side of its mantel, we will soon tell more in the next part of our Corona blog series. Until our next reuniting, I keep my fingers crossed for you(r job) all.